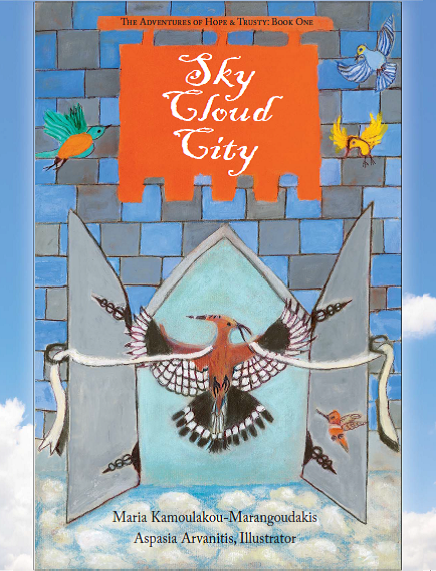 The Adventures of Hope & Trusty: Sky Cloud City (2016 edition, out of print)

Two young friends, a boy named Trusty and a girl named Hope, travel to the bird kingdom aided by a pair of talking crows. After having a rough start with the bird assembly, the two friends persuade the oppressed birds to re-negotiate their status with mankind and Zeus. Their plan involves building a city in the clouds...

The Adventures of Hope & Trusty: Sky Cloud City is inspired by an ancient Greek play, The Birds, by the playwright Aristophanes. It extols the virtues of friendship, cooperation and peace.

​Last copies of the currently OUT OF PRINT 1st Edition.